'Empire' actor Jussie Smollett is in the hospital after a brutal attack police are calling a 'possible hate crime.'
» Subscribe to NowThis: http://go.nowth.is/News_Subscribe

'Empire' star Jussie Smollett is in the hospital after a suspected hate crime. Chicago police reported that Smollett, who portrays Jamal Lyon on Fox’s ‘Empire,’ is recovering from a possibly racial and homophobic attack.

According to Chicago police department, Smollett was attacked by two men who shouted racial and homophobic slurs. The attackers reportedly poured a chemical substance over Smollet and wrapped a rope around his neck before fleeing the scene. Smollett checked himself into Northwestern Memorial Hospital and is reportedly in good condition. Police say they are investigating the attack as a hate crime and have not yet identified the suspects.

‘Given the severity of the allegations, we are taking this investigation very seriously and treating it as a possible hate crime.’ -- Police Statement

Smollett, like his character on Empire, identifies as gay and has been described as a ‘champion for LGBTQ+ people.’ ‘GLAAD reached out to FOX and Jussie’s team today to offer assistance as well as support for him. Jussie is a true champion for LGBTQ people and is beloved by the community and allies around the world.’ -- GLAAD in a statement. After reports of the attack became public social media quickly flooded with support for the actor. 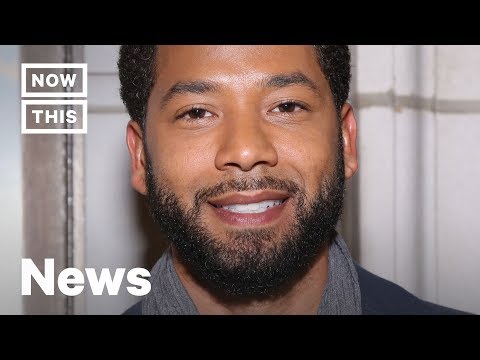 'Empire' actor Jussie Smollett is in the hospital after a brutal attack police are calling a 'possible hate crime.' » Subscribe to NowThis: http://go....