Among the world's climate scientists, the number of those who doubt that global warming is caused by human activity is extraordinarily low - fewer than three in 100. But that's not the impression you might get from the news media.

In certain countries, climate change sceptics enjoy plenty of exposure through which to propagate their theories: carbon dioxide doesn't cause a greenhouse effect; the planet is actually cooling; or the climate has always changed.

Climate scepticism in the media is largely confined to what is known as the Anglosphere: the US, the UK, Australia, and, to a lesser extent, Canada and New Zealand. Elsewhere, including the most populous, polluting countries, China and India, such scepticism is hard to find.

"We looked at a very large number of articles, more than 3,000, and more than 80 percent of the articles that had climate scepticism in them were found in the US and the UK compared with the newspapers in Brazil, China, India and France," explains James Painter, a research associate at The Reuters Institute.

Right-wing media moguls keen for business to remain as usual have certainly played their part. The Anglosphere forms the core of Rupert Murdoch's media empire, and outlets like Fox News, the Wall Street Journal, the London Times, the Australian and Sky News Australia have long provided platforms for climate scepticism.

But right-wing media are only one part of the story.

News outlets with a reputation for impartial reporting have also come under fire, for how often they present fringe views on climate change alongside those of climate scientists, which is also known as "false balance".

"The BBC has had a particular problem with false balance for a number of years," explains Leo Hickman, director of Carbon Brief. "And particularly with the Today programme, on Radio Four, its main flagship of current affairs programme, it just almost feels like Groundhog Day ... The BBC is now even in the position of actually having an OFCOM investigation into the way that it reports climate change due to this being such an acute problem."

The notion that there is balance in the climate change story - that climate science holds the same weight and significance as climate scepticism - has been manipulated to great effect, particularly in the US. The fossil fuel industry there has set out to sow doubt about the science of global warming by funding like-minded think-tanks, who make spokespersons available at the media's request.

"There's some members of think-tanks who simply say they are paid to spend, in one case, 40 percent of their workday reaching out to the media," says Maxwell Boykoff, associate professor at the University of Colorado-Boulder.

Across the world in China, on the other hand, you won't find climate sceptics in the media because the industry tends to move in step with the Communist Party policy, where the debate around the causes of global warming has long been settled.

"Over the past decade or so, Chinese media have developed closer relationships with our climate scientists," says Hepeng Jia, director, China Science Media Centre. "As a result, the quality of the reporting has improved considerably."

India, too, is home to a sizeable fossil fuel sector and, like China, it has no industry-funded lobby disputing climate science. However, the reasons for that are quite different. India's extractive industries tend to get what they want from government, whoever is in power. Pushing back against concerns about climate change simply hasn't been necessary.

"Climate scepticism in India is not an organised conversation, in that they're not very large business groups, political parties think-tanks where scepticism is being promoted," explains Anu Jogesh, India policy and governance lead at Acclimatise.

"You have very, very vocal NGOs, vocal think-tanks that have actually been at the forefront of a lot of the climate reportage."

The influence of online media is growing, but mass media remain the primary source of information for most news consumers. And in that realm, scepticism still has a place.

However, as the consequences of climate change increasingly affect the Anglosphere, the pushback against sceptics is growing louder. And although the carbon industry continues to pump money into lobbying and media messaging, climate scepticism is running on borrowed time. 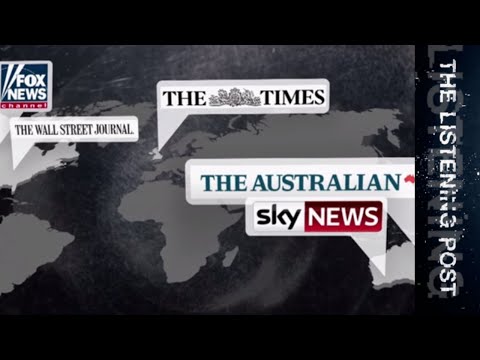 Among the world's climate scientists, the number of those who doubt that global warming is caused by human activity is extraordinarily low - fewer tha...