The Taliban has once again taken control of Afghanistan. A swift offensive by the armed group toppled the government of President Ashraf Ghani and led to the handover of the country by the military.

The United States is now concluding its pull-out from the country, evacuating
American personnel and Afghan allies.

The Taliban's rise to power in Afghanistan has left millions of Afghan citizens in fear, uncertain about what their Taliban rule will look like. That public alarm is acutely felt at Kabul's international airport, where thousands of people are trying to board flights out of the country. Unconfirmed reports of Taliban fighters entering the homes of Kabul residents have put people on edge. There is worry that the rights and opportunities of women and girls will be eroded.

On Tuesday, the Taliban held their first press conference led by Zabihullah Mujahid, the group’s spokesman. He asserted the rights of women will be protected within the framework of
Islam and declared a desire for peaceful relations with other countries. He also said that the group has evolved and that their actions would be different to when they last held power in Afghanistan.

In this episode of The Stream, we discuss what Afghanistan under renewed Taliban rule will look like. 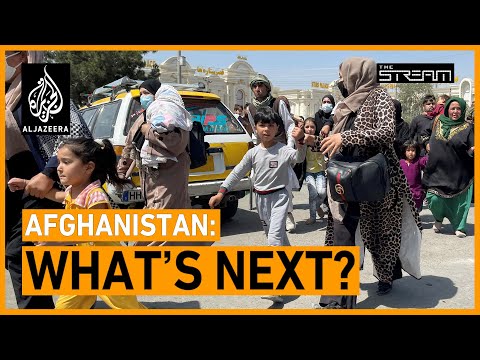 The Taliban has once again taken control of Afghanistan. A swift offensive by the armed group toppled the government of President Ashraf Ghani and led...