With the continued deforestation of the Brazilian Amazon, conservation advocates say the world's largest tropical forest is in the midst of a "tipping point" that could become catastrophic for the planet's health and the country's Indigenous groups.

For the third consecutive year, Amazon fires in the month of August have increased above the historic average. Despite a ban on unauthorised fires and yet another military deployment intended to protect the forests, critics of the government say environmental regulations in Brazil are only loosely enforced and that right-wing President Jair Bolsonaro's agenda remains focused on economic development.

Since Bolsonaro took power in 2019, commercial farming and illegal mining have been allowed to flourish. Brazil's Amazonian Indigenous groups have also been threatened with legal challenges to their land rights.

Scientists say the destruction of the Amazon has now become a significant source Brazil's greenhouse gas emissions. Last year, deforestation surged to a 12-year high, and recent research has shown that the Amazon rainforest is now emitting more carbon dioxide than it is absorbing from manmade pollution - adding an additional challenge in efforts to tackle the global climate emergency.

In this episode of The Stream, we'll look at how deforestation is changing the Amazon and what's being done about it. 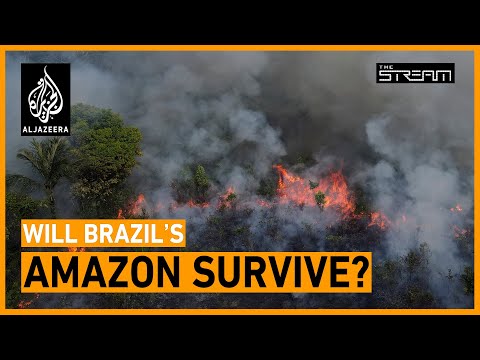 With the continued deforestation of the Brazilian Amazon, conservation advocates say the world's largest tropical forest is in the midst of a "ti...