???????? Why has defending Brazil’s Amazon become so dangerous? | The Stream

The killings of Brazilian Indigenous expert Bruno Pereira and British journalist Dom Phillips have drawn global attention to the deadly threats faced by those seeking to shed light on illegal activities in Brazil’s Amazon.

According to Brazilian police, the bodies of Pereira and Phillips were found in a remote part of the Amazon on June 15. Police said a fisherman confessed to killing the two men, who had been researching illegal fishing in the region.

Phillips and Pereira were last seen on June 5 near the Javari Valley Indigenous Territory that borders Peru and Colombia. Phillips had been working on a book called “How to Save the Amazon”. Pereira, a former government official with Brazil's Indigenous agency FUNAI, was investigating illegal fishing by non-Indigenous people and had previously taken part in several operations to shut down similar activities.

In 2020, Brazil ranked fourth in the world for documented killings of environmental activists, according to Global Witness.

Although Brazil's government forbids extractive activities on protected Indigenous lands, the Amazon and tribes that reside there continue to suffer from illegal fishing, mining, logging and drug trafficking. Environmental activists have criticised development-friendly President Jair Bolsonaro for not effectively enforcing the law and creating a culture of impunity towards Indigenous land rights.

In this episode of The Stream, we'll look at the dangers faced by those advocating for Indigenous and environmental rights in Brazil.

???????? Why has defending Brazil’s Amazon become so dangerous? | The Stream 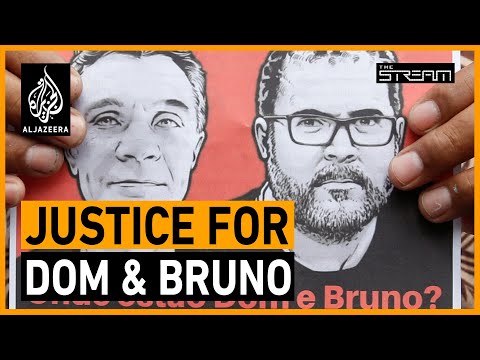