A recent declaration by Tigrayan forces fighting Ethiopia’s federal government that it will release thousands of prisoners of war is fuelling optimism the warring sides are moving towards direct talks – but obstacles to peace remain.

The Tigray People’s Liberation Front (TPLF) declared on May 20 that it will set free more than 4,200 people that its forces took captive, as part of an amnesty. The move comes weeks into an “indefinite humanitarian truce” in northern Ethiopia that was first announced by the country’s federal government, and which was later backed by the TPLF.

But although the truce has provided respite in the 18-month war and has cleared the way for aid deliveries to trickle into the crisis-hit Tigray region, about 90% of civilians there remain in need of assistance. 319 trucks of humanitarian cargo made it into Tigray in one weekly period this month, but aid agencies - and the TPLF - say far greater access is needed to effectively help the vulnerable population.

Other challenges persist. While the TPLF says it pulled out of the neighbouring Afar region in April - a claim disputed by officials in Afar - its fighters are still deployed in parts of the Amhara region. Forces loyal to Amhara remain in western Tigray since they moved into the territory in late 2020, along with Eritrean troops that are supporting them in their fight against the TPLF.

As human rights groups, lawyers and journalists uncover severe abuses by federal government troops, Amharan forces, and Tigrayan forces, African civil society groups now say the UN must do more to end atrocities in Ethiopia. They warn that inaction may spur a situation that echoes the 1994 Rwanda genocide. Researchers at Ghent University estimate as many as 500,000 people have died in the war so far, whether through direct conflict, starvation or the lack of medical care.

In this episode of The Stream we'll look at how the truce is holding, the challenges in getting essential aid to civilians in Tigray, and the prospects for turning the fragile detente into negotiations on a lasting peace deal. 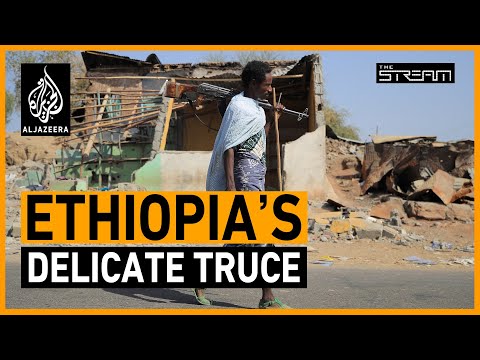 A recent declaration by Tigrayan forces fighting Ethiopia’s federal government that it will release thousands of prisoners of war is fuelling optimism...