More than 381 million COVID-19 vaccines have been administered around the word so far, according to Oxford University. But 80 percent of them have been received in just 10 countries, prompting a debate about inequality.

With current levels of production, low- and middle-income countries may not be fully vaccinated until 2024, a report from the Economist Intelligence Unit has said.

India and South Africa, which are among the nations struggling to source vaccines, are now facing-off against major pharmaceutical companies in an effort to change that.

In October, the two nations launched a joint initiative at the World Trade Organization in an attempt to secure temporary patent waivers on COVID-19 vaccines. Waivers would allow generic drug manufacturers to make vaccines on a large scale and at lower prices, they say.

The proposal is now sponsored by 58 governments with another 100 countries supporting it. The move has also been backed by WHO Director-General Tedros Adhanom Ghebreyesus and Dr. Anthony Fauci, the top U.S. infectious disease expert.

It has been blocked, though, by several Western countries, including Britain, Switzerland, European Union nations and the United States.

Those who support the waiver say there is a moral imperative to ensure vaccine equity and that sharing medical technology with low- and middle-income countries is standard practice.

But pharmaceutical companies say there is no evidence a waiver would boost vaccine production or access.

In this episode of the Stream, we debate the proposed patent waivers and ask whether Indian production capabilities might provide a solution to the shortfall in vaccines worldwide. 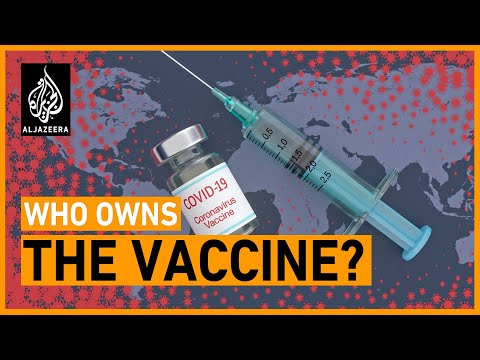 More than 381 million COVID-19 vaccines have been administered around the word so far, according to Oxford University. But 80 percent of them have bee...