Death by suicide is a growing public health crisis in India and one that is impacting all communities, regardless of socioeconomic status.

In 2020 there were 153,052 recorded deaths by suicide according to the latest government data. That’s roughly 418 people taking their own lives every day. The report by the National Crime Records Bureau (NCRB) cited “family problems” to be one of the main reasons people chose to kill themselves. The economic uncertainty brought on by the Covid-19 pandemic is another driving force behind the climbing numbers, particularly amongst India’s middle class.

While the statistics from the NCRB are staggering, many mental health advocates feel the numbers are actually much higher. They believe the government’s alleged under-reporting is a symptom of the social stigma associated with suicide. Although India recently decriminalised suicide in an effort to address the problem, societal stigma has yet to be dismantled and remains a major hurdle when it comes to prevention and access to resources.

On this episode of The Stream we discuss what’s driving the crisis and ask what can be done to address it. 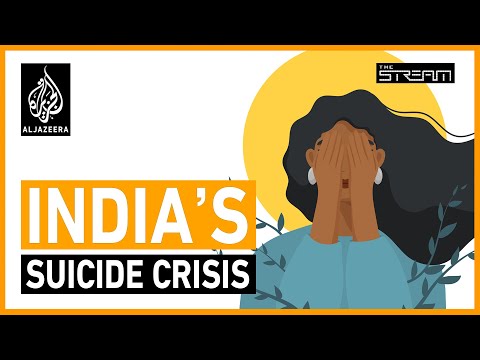 Death by suicide is a growing public health crisis in India and one that is impacting all communities, regardless of socioeconomic status. In 2020 the...