Tensions are rising in the Middle East as Iran pushes forward with its nuclear ambitions, despite warnings from its neighbours and the United States.

US President Joe Biden said this month that he prefers to continue negotiating with Iran about its nuclear programme. But under pressure from Israel, he added that the US would be willing to use force as a last resort, and "we're not going to wait forever" for Tehran to come to the table.

Biden wants Iran to return to the terms of a landmark 2015 deal in which Iran agreed to curb its nuclear programme in exchange for sanctions relief. In 2018, the Trump administration scuttled that accord by pulling the US out of The Joint Comprehensive Plan of Action (JCPOA) and reimposing crushing economic penalties.

Since then, Iran has been growing its stockpile of highly enriched uranium, a violation of the JCPOA. Officials maintain its nuclear programme is for peaceful purposes. But the United Nations said Iran has secured enough uranium to produce a nuclear weapon.

Many diplomats fear time is running out to make a deal with Iran. But breaking the current impasse between Tehran and Washington will require compromise on all sides. With talks at a standstill, and Iran forging ahead with its atomic ambitions, a new agreement seems unlikely. In this episode of The Stream we ask, is the Iran nuclear deal dead? 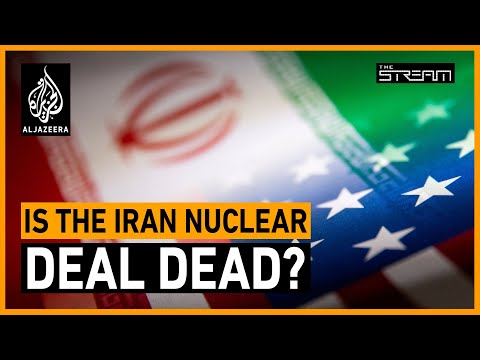 Tensions are rising in the Middle East as Iran pushes forward with its nuclear ambitions, despite warnings from its neighbours and the United States. ...