???????? Who will help India overcome its COVID catastrophe? | The Stream

In this episode of The Stream, we take a look at three aspects of India's coronavirus disaster.

The Sikh helpers
Throughout the global pandemic, it’s often been volunteers who have ushered us through some of the hardest and lowest points. In India, Sikh volunteers are coming together to help people in need, filling holes that the medical system cannot plug right now.

One of the basic tenets of Sikhism is “sewa” - giving your time in service. As India battles the surge, Sikh organisations have been creating oxygen points, feeding families and providing ambulance services to transport patients. In videos and posts released on social media, Sikh volunteers invite people to come to their gurudwaras, or Sikh temples, to get oxygen and be monitored as they wait for hospital beds.

In this segment, we hear from some of these volunteers and ask what impact Sikh “sewa” is having on some of the hardest hit.

The growing censorship
The Indian government this week ordered Twitter, Facebook and Instagram to block about 100 social media posts criticising its handling of the surge. Many of the accounts targeted belonged to activists, politicians and journalists who had come down hard on the BJP-led government.

The move has sparked anger and allegations of censorship, but officials say a legally-binding order issued by the government was designed to tackle rampant misinformation and images that were taken out of context.

In a statement issued by India’s Ministry of Electronics and Information Technology, the government defended the move, saying images on social media were creating panic.

In this segment, we look at the ongoing spread of misinformation and disinformation about India’s current COVID surge and ask what is the human cost of false information?

The frontline voices
Hospitals across India are turning away COVID-19 patients, and medical supplies are running dangerously low. Day after day health authorities report record-breaking numbers of daily infections and deaths. Field hospitals are now being set up to deal with the influx of patients. As the country collapses under this latest coronavirus surge, world leaders have started to pledge help with oxygen, PPE and life-saving drugs. But for the families of the more than 200,000 people who have already lost their lives, it's too little, too late.

In this segment, we hear from doctors on the frontlines.

???????? Who will help India overcome its COVID catastrophe? | The Stream 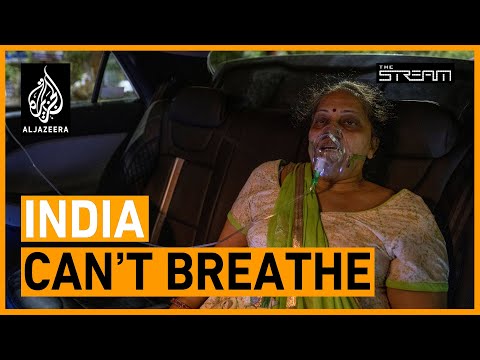 In this episode of The Stream, we take a look at three aspects of India's coronavirus disaster. The Sikh helpers Throughout the global pandemic, it’s ...