Nigeria’s government is struggling to tackle criminal gangs who have stepped up concerted attacks against village communities, schools, and colleges in northern states over the last eight months.

Gang members popularly characterised as ‘bandits’ have kidnapped more than 1,000 students alone since they began abducting civilians for ransom payments in greater numbers in December. While some children and young adults have been freed through mediation, in many cases families and school administrators have paid the attackers to secure their release.

With the central government of President Muhammadu Buhari and some state governors refusing to pay the gangs and many families unable to meet the ransom demands themselves, hundreds of people remain hostage.

The gangs have launched increasingly bold attacks as central and state authorities try to tackle them. In an unexpected raid on an elite military academy in Kaduna on August 24, suspected gang members killed two officers and kidnapped another.

In this episode of The Stream, we will look at how people in northern Nigeria are coping amid the advance of the gangs and what can be done to improve security and safety. 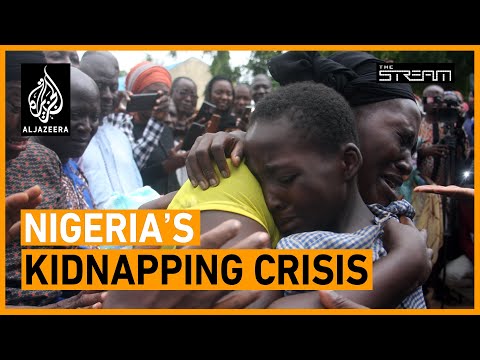 Nigeria’s government is struggling to tackle criminal gangs who have stepped up concerted attacks against village communities, schools, and colleges i...