It has been four months since Israeli bombing raids on Gaza once again decimated the besieged Palestinian enclave, devastated by four wars since 2008.

Local authorities say that Israeli bombs dropped on Gaza in May destroyed or left 2,400 housing units uninhabitable, and also damaged over 2,000 industrial, trade and service facilities. A recent report from the World Bank found that rebuilding Gaza will come at a cost of half a billion dollars.

Despite that money having already been pledged by donors including Qatar, Egypt and the US, little construction work has been undertaken. As part of its blockade on Gaza, Israel restricts the entry of so-called “dual-use” items that it says could be used for military purposes. But the “dual-use” list includes communications equipment, generators, steel elements and construction products, drilling equipment and certain medical equipment. A deal brokered by Qatar is aiming to get materials in faster but it is estimated that Gazans need over a million tonnes of cement annually to build and maintain key infrastructure.

In this episode, we’ll look at the status of reconstruction in Gaza and ask what are the reverberating effects of bombing civilian areas. 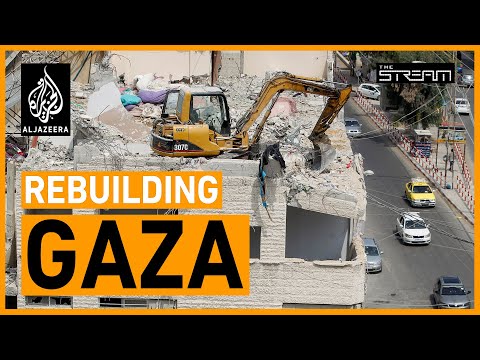 It has been four months since Israeli bombing raids on Gaza once again decimated the besieged Palestinian enclave, devastated by four wars since 2008....