Chaos in America
A violent mob this week broke through police lines in Washington DC and stormed the Capitol Building - the seat of American democracy - in an attempt to stop Joe Biden being certified as president.

One woman was shot dead by police and police say three others died from unspecified medical emergencies.

Even as the drama of the images stunned the world, many observers said the insurrection should not have come as a surprise. Outgoing President Donald Trump had continued to claim fraud from election night to the morning of the violence, when he inflamed a crowd of supporters and called on them to "walk down to the Capitol". Many took him at his word.

Now even some of his most loyal supporters are turning against Trump and calls are growing to remove him from office before January 20th, on which the transition to Biden will happen.

In this segment, we ask whether the US can recover from a direct assault on its democratic principles.

Hong Kong crackdown
Hong Kong police this week arrested more than 50 opposition politicians and activists in a major crackdown less than a year after the passing of a controversial security law.

The law had itself sparked demonstrations as Chinese government opponents said it would be used as a tool of oppression. The detainees are accused of taking part in an unofficial election last year that authorities say was part of a plan to overthrow the government.

Beijing’s top representative office in Hong Kong said in a statement that it firmly supported the arrests, while the crackdown was condemned by rights groups and a slew of governments around the world.

In this segment, we meet a panel of experts to discuss.

Vaccine hesitancy threat
As COVID-19 vaccines finally roll out in several countries, there are millions of people who say they will not take them.

According to the World Health Organization, vaccine hesitancy is defined as a: "delay in acceptance or refusal of vaccines despite availability of vaccine services and is influenced by factors such as complacency, convenience and confidence."

For some, that hesitation is caused by conspiracy theories. For others, it's doubts about effectiveness or worries of side effects. But experts are looking at another factor: race. Pew Research shows that 83 percent of Asian-Americans surveyed intended to be vaccinated, compared to 63 percent of people in the Latino community and 61 percent of whites. Just 42 percent of Black Americans surveyed said they would take it.

In this segment, we ask why. 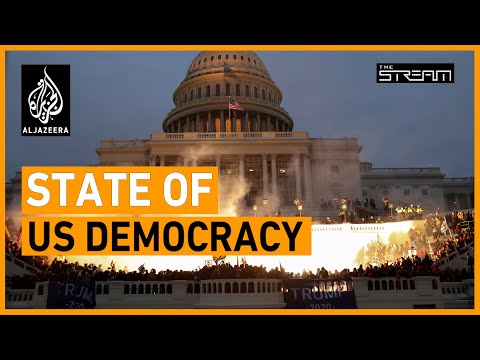 Chaos in America A violent mob this week broke through police lines in Washington DC and stormed the Capitol Building - the seat of American democracy...