Recent violent attacks against elderly Asian Americans have gone viral, once again raising concerns of anti-Asian racism amid the COVID pandemic. One such case was that of 84-year-old Vicha Ratanapakdee, a Thai grandfather who was violently shoved to the ground while walking in San Francisco. He later died from his injuries and video of the incident was widely shared, prompting the hashtags #JusticeForVicha and #AsiansAreHuman.

There have been more than 2,800 self-reported cases of anti-Asian hate incidents since March 2020, according to the Stop AAPI Hate. New York City alone saw a 1,900 percent increase in anti-Asian incidents from 2019 to 2020.

Asian American advocates say ex-president Donald Trump played a major role in fuelling anger and resentment toward Asian American and Pacific Islander (AAPI) communities by regularly referring to the coronavirus as the “China virus” and even “kung flu”. In contrast, within his first week of taking office, US President Joe Biden signed an executive action to combat xenophobic rhetoric against Asian Americans and ordered the justice department to track anti-Asian hate crimes.

In this episode of The Stream, we’ll look at the rise in harassment and physical attacks against Asian Americans and ask what more should be done to combat anti-Asian hate. 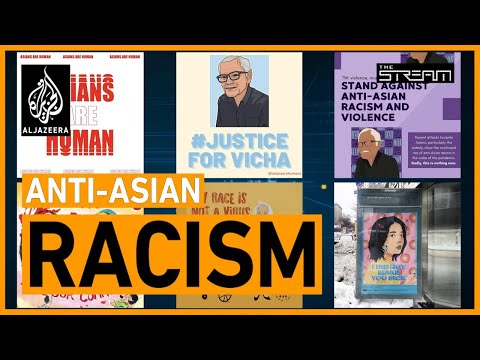 Recent violent attacks against elderly Asian Americans have gone viral, once again raising concerns of anti-Asian racism amid the COVID pandemic. One ...