???????? Will Russia be prosecuted for war crimes committed in Ukraine? | The Stream

Ukraine update
It has been almost 150 days since Russia invaded Ukraine in an assertion of strength that sent shockwaves through the world. Russia now controls more than 20% of the country. Recently, the heaviest fighting has focused recently on the industrial Donbas region in the east and Moscow-backed troops say they’re closing in on their next target of Siversk.

Last week a midday missile strike in the city of Vinnytsia killed 23 people, including three children under the age of 10. The attack coincided with a meeting of Ukraine's top war crimes prosecutor and European judicial authorities to coordinate investigations into more than 20,000 war crimes allegedly committed by the Russians. Meanwhile, talks aimed at freeing up grain exports from Ukraine are also set to continue.

We’ll take a look at some of the latest newslines.

Kenya elections
On August 9 Kenyans will go to the polls to elect their next president. The two main presidential candidates, Raila Odinga and Vice President William Ruto are going head to head in what has been a long, but relatively peaceful run up to election day. Both Ruto and Odinga have condemned acts of political violence, a break from past elections when ethnic divisions were stirred up for electoral gain.

The latest survey by two leading opinion polls puts Odinga ahead by a narrow lead, but the two candidates are unlikely to either pass the 50% plus one vote target, to win the presidency in the first round. With the race so tight, some political observers are expecting that the candidates’ debate on 26 July will play a key roll in who will be the frontrunner on election day.

As Kenyans head to the polls in a few weeks, we’ll ask what we can expect from the final push of campaigning.

#FreeAlaa
Egyptian dissident Alaa Abd el-Fattah has been in and out of jail for two decades in Egypt, and he’s currently serving a five-year prison sentence, handed down in December for "broadcasting false news." Rights groups say Egypt is holding about 60,000 political prisoners, many facing brutal conditions and overcrowded cells.

Abd el-Fattah says he has been on a hunger strike for more than 100 days but the Egyptian Interior Ministry disputes his claim.

We’ll bring you the latest on his case and the efforts to #FreeAlaa.

???????? Will Russia be prosecuted for war crimes committed in Ukraine? | The Stream 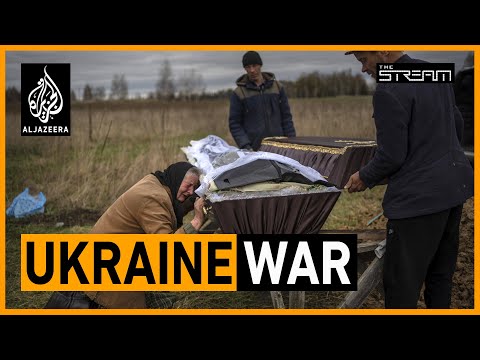 Ukraine update It has been almost 150 days since Russia invaded Ukraine in an assertion of strength that sent shockwaves through the world. Russia now...