???? How can we save ourselves from extinction? | The Stream

Thousands of protesters engaged in non-violent direct action around the city by forming human chains and blocking roads around major traffic junctions. Red paint was splashed across buildings associated with London's banking industry, which protesters say continues to play a major role in financing new oil, coal and natural gas projects. Hundreds have been arrested and thousands more are expected to continue rallying during the two-week XR event dubbed the “Impossible Rebellion”.

Criticised for disruptive and polarising protest tactics, Extinction Rebellion says the past three decades of conventional climate change campaigning have not been enough to create the sweeping changes necessary to stop global warming and prevent social collapse.

In this episode of The Stream, we'll hear more about their current campaign and why they believe mass civil disobedience is necessary to save our planet’s future.

???? How can we save ourselves from extinction? | The Stream 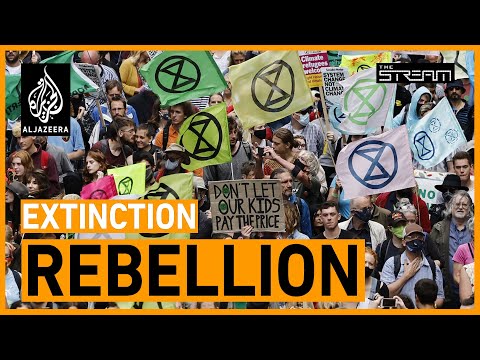 The climate justice movement Extinction Rebellion (XR) launched a new series of protests in London last week with the goal of ending new fossil fuel i...