10 More Famous men accused after the #MeToo (or #TimesUp) movement are ACTUALLY MARRIED.
Subscribe to our channel: http://goo.gl/9CwQhg

For years, we only really ever heard the rumors coming out of La La Land. That is, every now and then an actor or agent would come forward and describe a situation where they were touched or spoken to inappropriately. However, before we knew it, the person and their story would vanish, swept beneath the rug by Hollywood. Well, in October 2017 things changed a lot. Powerhouse Producer Harvey Weinstein was caught in a tidal wave of allegations that no PR firm could control. Over the following weeks the tide of abused and angry victims swelled as a result of something now known as the Weinstein Effect and the reignited #metoo movement. In the end, several dozen notable men (and one woman) were caught up in this. Perhaps most shocking, some of the men caught up in these allegations were married men who we weren’t used to thinking about in these terms. Presidents, comedians and famous actors – all changed the way we looked at them and Hollywood thanks to the crushing wave of reports and accusations. Stick around and we’ll show you 10 married men who have been caught and exposed as a result of the Weinstein Effect. 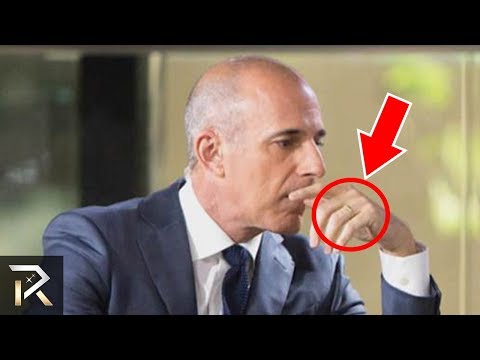 10 More Famous men accused after the #MeToo (or #TimesUp) movement are ACTUALLY MARRIED. Subscribe to our channel: http://goo.gl/9CwQhg For copyright ...