Today's episode of The Stream features some important, community-suggested stories from 2017 that we'll continue to keep tabs on next year:

Mudslide in Sierra Leone
A mudslide near Sierra Leone’s capital in August killed 1,000 people by some estimates and destroyed the homes of hundreds more. Although the government has promised to provide housing and relocate survivors, it’s moved to shutter temporary camps for people affected by the devastation. Sierra Leoneans now wonder when reconstruction of new housing will be complete, and if they’ll ever receive compensation the government promised.

Yemen's humanitarian crisis
On 20 December, a Saudi Arabia-led military campaign in Yemen marked 1,000 days at war. The ongoing conflict between the Saudi coalition and rebel groups allegedly supported by Iran has killed thousands and cultivated widespread hunger and disease. Although Saudi Arabia has eased a blockade of Yemen so some aid can flow into the country, millions of Yemenis are still unable to access healthcare and clean water. What can be down now so relief agencies can continue to help a nation brought to its knees by conflict?

Honduras' presidential election
The Organization of American States is calling for new presidential elections in Honduras due to what it says were "irregularities" in the voting process. The election on 26 November sparked controversy when opposition candidate Salvador Nasralla accused President Juan Orlando Hernandez of election fraud. Hernandez’s apparent victory fomented unrest and spurred protests in the capital of Tegucigalpa, leading to deadly clashes between soldiers and Nasralla's supporters. 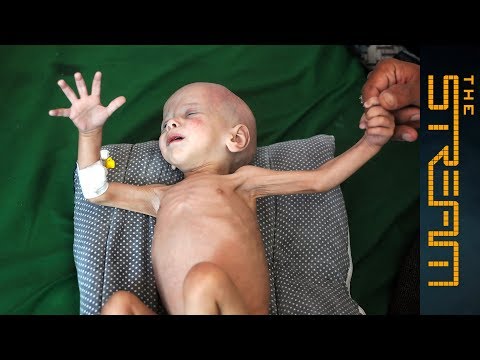 Today's episode of The Stream features some important, community-suggested stories from 2017 that we'll continue to keep tabs on next year: Mudslide i...