A Race for America | The Big Picture

*Content warning: This film contains images of a graphic nature that some viewers may find distressing.

2020 was the United States on a precipice. COVID-19 claimed the lives of hundreds of thousands of Americans; the racial justice movement ignited by the police murder of unarmed Black man, George Floyd, further divided a fractured nation; and Donald Trump's desperate last stand marked the death throes of an embattled, embittered presidency. 2020 lay bare the contradictions and conflict at the heart of the American project.

In The Big Picture: A Race for America, we tell the extraordinary story of a year in the life of the most powerful nation on earth struggling through a once-in-a-century global pandemic, and the continuing denial of equality and justice to people of colour. All seen and told through the prism of the last 100 years.

Reaching back over a century, this film outlines how the liberal order constructed by the industrial titans of the early 1900s - such as Andrew Carnegie and John D Rockefeller - and the philanthropic foundations they established, set in place a model of racial integration that put the preservation of the economy above the preservation of Black lives.

The rich, white men who made modern America created an order that protected the system that made them rich, and which keeps others like them rich to this day - a system with racial discrimination baked into it.

Philanthropy’s legacy has served the interests of US white elites, from both the left and the right, who use their wealth to maintain their privilege, or sometimes, to try and moderate its attendant effects. But philanthropic foundations, liberal and conservative alike, have little or no interest in affecting systemic transformation. The enduring modus operandi has been to preserve the system, occasionally offering subtle reform to a prevailing order that had its mask ripped off during the tumult of an incomparable year.

A Race for America | The Big Picture 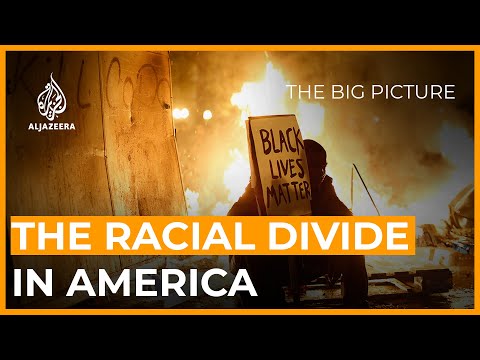 *Content warning: This film contains images of a graphic nature that some viewers may find distressing. 2020 was the United States on a precipice. COV...