Pakistan is traditionally seen as an important partner of the United States, but President Donald Trump recently adopted a different tone.

"Pakistan often gives safe havens to agents of chaos, violence, and terror," Trump said on August 21, 2017, when he presented his strategy for the war in Afghanistan at Fort Myer, Virginia.

"We have paid a heavy price. More than 6,000 security personnel have laid down their lives. Over 70,000 people have become victim, either they died or were injured in terrorism-related incidents. A country that has paid such a heavy price can never be friends with any terror groups."

Three months have passed since Pakistan's former prime minister, Nawaz Sharif, stepped down after the Supreme Court disqualified him from office as leader of the country's government.

The ruling came after alleged corruption during his previous two terms in office had come to light in the "Panama Papers".

Iqbal admits the sudden resignation of Sharif was a "setback for the democratic process and for the country".

"Mr Nawaz Sharif enjoys big stature. He has experience. Pakistan needs very experienced leadership to face some of the complex security challenges that confront us domestically and in the region," he says.

Still, he thinks Pakistan moved on from the crisis swiftly.

"I think the democratic process is well-entrenched. As a result, what the people saw [is that] within three days a new prime minister was elected, a new cabinet was sworn in and the country is moving forward." 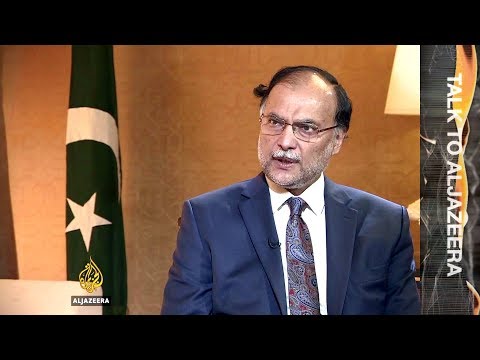 Pakistan is traditionally seen as an important partner of the United States, but President Donald Trump recently adopted a different tone. "Pakis...