Fighting back in India, Canada and Russia

"We're not going to Delhi to beg. We're going there to demand the proper compensation we've been denied for 30 years."

December 3rd 1984 bore witness to the worst industrial disaster of the 20th century. In the Indian city of Bhopal, toxic gas spewed from the Union Carbide pesticide plant, killing 25,000 people and leaving more than 500,000 disabled.

In 1984, the Indian government settled for $470 million in compensation from Union Carbide. However, the settlement was based on figures claiming 5,295 people died and 4,902 were disabled.

Activists like Rachina Dhingra from the Bhopal Group for Information and Action and survivors of the toxic gas leak are still fighting for justice over thirty years later.

In 2009, Canada began to issue permits for a gas pipeline corridor in northern British Columbia.

Six years later, oil company workers attempt to enter the Unist'ot'en First Nations clan territory, only to be met with the resistance of the indigenous group who assert the land has always been theirs.

Speaking to Chevron representatives Freda Huson, the spokesperson for the Unist'ot'en Camp, says, "You are trying to convince us to give up our way of life, so that you can reap the benefits for government and investors, while you’re throwing crumbs to some of the partners."

Additionally, a growing police presence raises tensions about the possibility of a raid on the camp.

This is the story of the Unist'ot'en clan's fight for land and life.

In 2012, Russian President Vladimir Putin signed tough new 'anti-protest' laws, whereby attending an unsanctioned protest can land you with a heavy fine or even imprisonment.

Journalist and pro-democracy activist Roman Dobrokhotov is fighting these laws, and has his eyes set on Putin, the Orthodox Church, and far-right nationalists.

He says, "My primary mission as a civil activist is to protect the rights and freedoms prescribed in the Russian Constitution."

Though, Roman's actions are daring and entertaining, his cause is deadly serious. 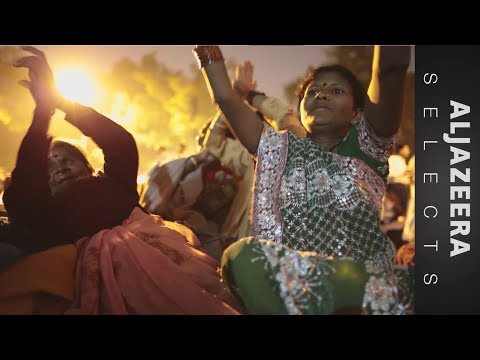 Fighting back in India, Canada and Russia Toxic Legacy "We're not going to Delhi to beg. We're going there to demand the proper compensation we'v...