For 25 years, Lebanese Christian midwife Muna al-Rahbani assisted at home births for the wealthy in Lebanon, but in a sudden revelation, she decided to come to the aid of pregnant Syrian refugees.

"When you help others, even with little things, you feel happy," says Muna. "Some Syrian workers and their families have been living here even before the war started in Syria. I used to help these women deliver their babies at home as well. I don't know the exact number, but I have at least one delivery per week."

Millions of Syrians have lost their homes since the beginning of the Syrian war in 2011. And according to the UNHCR, the number of Syrian refugees in Lebanon has reached one million.

Many of them are women and children and the only available accommodation is poor-quality housing or camps. Pregnant women are forced to give birth in difficult conditions and their newborn children are also at high risk.

"I don't have problems when I help a woman deliver at home. But I do find it difficult when she lives in a refugee camp. It's difficult there. We have 10 people living in one room, which we also want to use for the birth. We need to get them all out to carry out the delivery. We need the place to be completely clean. We also need hot water. After the delivery, we want to help the mother take a bath. These are the problems we face when the mother doesn't live in an individual house," says Muna.

Living in compounds and camps, without water or electricity, means that pre-natal care is erratic. The women can't afford medical fees so they don't see gynecologists until late in their term. They're at high risk of complications like pre-eclampsia.

According to gynecologist Dr Irina Samaha, "many [of these] women don't eat well. They don't have proper food. They don't take the necessary vitamins. They don't have the money for it. In a normal pregnancy, a woman must gain at least 12 kilogrammes. These women gain only five and sometimes even less. After the nine months, they deliver small babies."

The newborn babies don't always get vaccinated, so they are prone to infection and disease.

"When we were in Syria, my kids used to get vaccinated regularly. They had a good life and proper education...," says Mariam who recently gave birth to a baby girl.

"When I was in Syria and about to come to Lebanon I thought our life was going to be normal.... People here in the village discriminate against us. They call us 'Syrian refugees'. However, there are a few good people like Muna," she says.

In 2013, 1,997 Syrian children were born in Hariri Hospital alone, an average of six deliveries per day. A normal delivery costs $500 there. The UN pays 75 percent of the cost, but few Syrian families can afford the remaining $125.

"There are a lot of challenges in Lebanon, it's very expensive here," says Fawzia, a mother of five and pregnant with her sixth child. "Syria is better, while there are challenges during the conflict, but before the war there was security and free healthcare in Syria."

None of Fawzia's children has yet gone to school because of their dire financial state.

Local GP Dr Elias Kamal explains that his village clinic, which is privately funded by the Shweir Women Relief Society "only used to receive residents of the village, but since the Syrian war, 70 percent of the patients are Syrian refugees. The government doesn't help. We're ready to offer all our services because they're humans just like us."

Six years into the conflict, only with the support of midwives like Muna, UNHCR aid and privately-funded clinics like Dr Kamal's can pregnant refugees and their children receive even the most basic medical care. 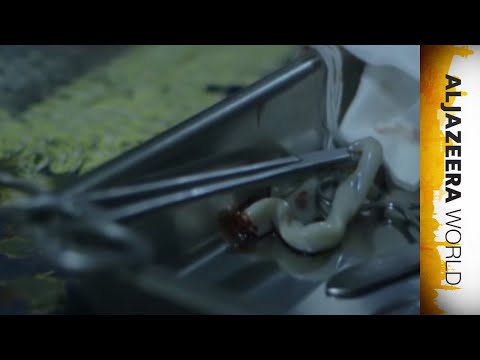 For 25 years, Lebanese Christian midwife Muna al-Rahbani assisted at home births for the wealthy in Lebanon, but in a sudden revelation, she decided t...