All The Best Stuff Coming To Netflix In September 2019

September is coming in strong on Netflix with more than 30 original new shows, movies, and comedy specials. With that many selections the casual viewer is going to have a hard time picking out new favorites, so we went through everything coming to Netflix in September 2019 to find the best of the best.

Just because Sacha Baron Cohen is headlining the Netflix original limited series The Spy doesn't mean you should expect a ridiculous comedy. The star of such films as Borat and The Dictator has always hidden social commentary beneath his outrageous characters, but this time he's tapping into his more serious side to portray Israeli intelligence operative Eli Cohen, who infiltrated the Syrian political system in the early '60s before ultimately suffering a public execution.

You can check out The Spy when all six episodes land on September 6.

This drama about a murder at a prestigious boarding school pulled in rave reviews when it was released on Netflix in October 2018, with critics calling it a "must watch series" and praising everything from the pacing to its deft handling of sensitive topics.

But for all that, Elite never quite gained a foothold. Maybe because it's a Spanish-language show? Maybe because it looks like any other dime-a-dozen high-school melodrama? Well, don't let those surface impressions slow you down. Elite is a smart, brutal drama, and there's never been a better time to check it out, subtitles and all. It's no surprise that Netflix bet their money on a second season of Elite, which debuts on September 6th.

English actor and comedian Jack Whitehall brings an enthusiasm to the stage that's hard not to get behind, and that same excitement shows up in Netflix's Jack Whitehall: Travels with My Father, which sees Whitehall and his dad hit up exotic locales in an attempt to bond with each other. Keep watching the video to see all The Best Stuff Coming To Netflix In September 2019!

All The Best Stuff Coming To Netflix In September 2019 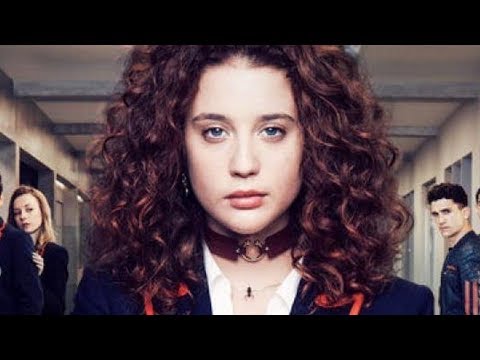 September is coming in strong on Netflix with more than 30 original new shows, movies, and comedy specials. With that many selections the casual viewe...