The last phase of the corruption trial of Argentina's vice president is under way in Buenos Aires.
Cristina Fernandez de Kirchner denies accusations that she illegally profited from dozens of public works contracts.
Kirchner and 12 other defendants, including two former cabinet ministers, are accused of irregularities in awarding public works projects.
President Alberto Fernandez gave testimony on her behalf earlier in the trial. However, she is a divisive figure in Argentina, enjoying massive support among trade unionists and in working-class districts.
Prosecutions of former presidents in Latin America is common, usually under incoming governments. 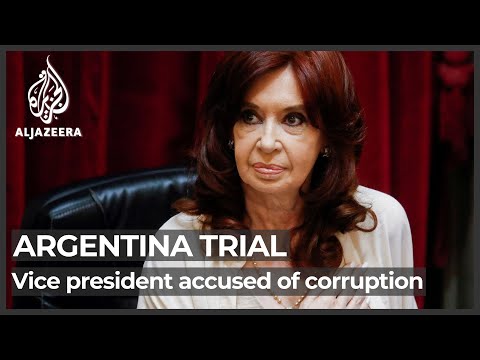