From pundits to US Senators and former officials, many have expressed concern that US President Donald Trump is mentally unfit for office. But the profession most capable of making this judgement—psychiatric and mental health experts and practitioners— have remained largely silent.

Mental health professionals usually abide by an ethical norm called the "Goldwater Rule", which states that "it is unethical for a psychiatrist to offer a professional opinion [on a public figure] unless he or she has conducted an examination and has been granted proper authorisation for such a statement."

President Trump, however, is prompting some psychiatrists to speak out, arguing that his mental unfitness for office is apparent and uniquely dangerous.

"The Dangerous Case of Donald Trump" is a new book that offers a collection of essays from 27 psychiatrists and mental health experts, all offering a bleak assessment of the president’s mental state. But is it even possible to diagnose Trump from afar in this way?

Bandy Lee, an Assistant Clinical Professor of Psychiatry at Yale School of Medicine and the editor of this new book, and Betty Teng, a trauma therapist and one of the contributors to it, join us to discuss their views and why they believe the US president is a danger to the world.

Editor’s note: Bandy Lee's assessments are her own views and do not represent those of Yale University. 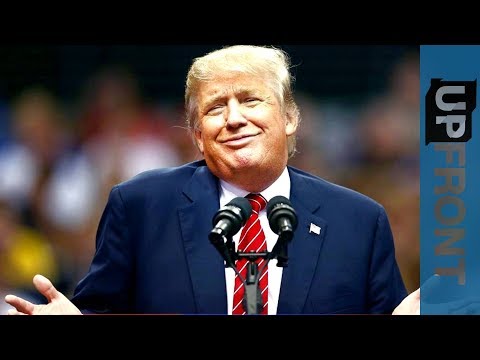 From pundits to US Senators and former officials, many have expressed concern that US President Donald Trump is mentally unfit for office. But the pro...