Rising even higher than the greatest expectations engendered by the International Press when it became a favorite of the film festivals, BEAUTIFUL BOXER is one of the more poetic, sensitive, luxuriously vivid and colorful films to come out of Thailand - and that is saying a lot, given the extravagant epics that yearly grow in popularity. This work of art is simply stunning in content, in direction, in acting, and in heartfelt simplicity of message. This is a great one! Writer/director Ekachai Uekrongtham based his first film on the true story of Parinaya Charoemphol AKA Nong Toom, a famous Thai athlete Muay Thai boxer (better known as 'kick boxer' - a demanding, dangerous sport) who entered the world of Muay Thai to garner enough money to help his family and pay for his ultimate sex-change surgery. A tough story to offer general audiences, perhaps, but Ekachai Uekrongtham presents this edgy biography with such cinematic finesse and care that it becomes a film that should appeal to a very wide audience. And much of that success is due to the towering performance by Asanee Suwan in his acting debut: Suwan is in life a professional kick boxer who won the title role after extensive auditions by many practitioners of Muay Thai.

BEAUTIFUL BOXER takes us through the life of Nong Toom, his childhood in a family of loving accepting parents who respect his love of beauty and things feminine, his brief period of being a monk who must leave the monastery because of his inclinations, through his introduction to makeup and play-acting women's roles in the Thai theaters, his ridicule as being more girl than boy (a fact that results in his parents' incarceration!), and his devoted friendship with a girl who supports his desire for femininity and a young man who stands up for him in the boys' camp for learning sports. Gradually Nong Toom realizes that the only way he can make enough money to achieve a sex change operation is to become a successful kick boxer and he aligns himself with a trainer Pi Chart (Sorapong Chatree) and with much commitment and practice becomes Thailand's most famous Muay Thai. His self-respect is further established when he openly wears makeup in the boxing ring, causing many to believe his act is a gimmick and not the manifestation of his true transsexualism. He fights the toughest opponents and wins consistently until he at last arrives in Toyko for the 'big purse' of fighting female wrestler Kyoko Inoue (who plays herself). With the money from the fight he is able to have his surgery and becomes the famous actress and model now living in Bangkok.

Under less sensitive eyes and minds this story could have become audacious, but instead the film elects to be sensitive to the transsexual conviction that Nong Toom is a woman trapped in a man's body, and it is the journey of self acceptance and personal victory that makes the story so deeply touching. Asanee Suwan, as a fine athlete, does all of his own fighting in the film and it is more choreography than brutality. He is amazing to watch and coupled with the fact that he is so wholly convincing in his fine acting that he makes this young transsexual utterly credible in movement, emotional density, and purity of vision is an extraordinary achievement.

Yes, the film has a few flaws of editing and other minor aspects, but the overwhelming power of the story more than compensates for those 'first film' learning curves. Highly recommended for ALL audiences, especially for those who fear there will be gratuitous physical scenes that might offend. There are none! Grady Harp 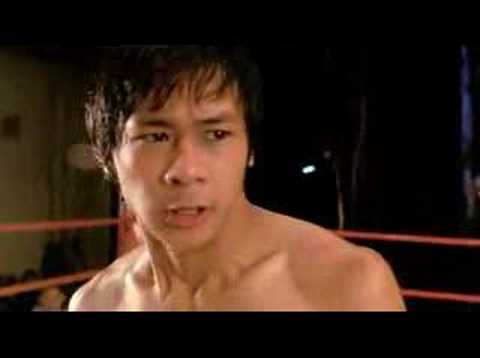 Rising even higher than the greatest expectations engendered by the International Press when it became a favorite of the film festivals, BEAUTIFUL BOX...