Behind The Scene SECRETS Of Flight Attendants EXPOSED

While we like to tell ourselves that we know everything about what a flight attendant does, we only know the surface. Like an iceberg, we only see the tip and have no idea how massive a flight attendant’s job can be...much like the massive hunk of ice that stays hidden underwater. For years, it seemed that the life of flight attendants was destined to remain a secret. But then, the internet happened. Flight attendants found ways to share their secrets, even if it was only with each other. And as we all know, secrets eventually become exposed. Soon enough, flight attendants had to start working harder to keep their lives a secret. But when you have flight attendants like Mandy Smith who are more than willing to spill the beans, starting discreet is rather complicated. In fact, Smith has even admitted to getting some action in the cockpit while she was dating her pilot boyfriend. Then you have Ayme de Oliveira, who is not only a flight attendant, but also a bodybuilder. It just goes to show that you shouldn’t judge a book by its cover.

In this video, you will learn about the secrets of flight attendants finally revealed. From their dissatisfaction and frustration with Diet Coke to hitting a passenger with a wine bottle, you’re going to learn the secrets of an industry that we are exposed to often, but know little about. At the end of the day, what would you do to make sure you’re safe at your job, which just happens to be over 35,000 feet in the air?

Behind The Scene SECRETS Of Flight Attendants EXPOSED 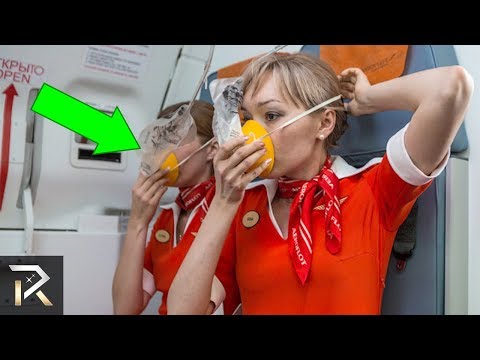 Try out ThePremium Network for free: http://goo.gl/YtYS66 SECRETS Flight Attendants Tried To Hide From Passengers Subscribe to our channel: http://goo...