On The Listening Post this week: How acts of terror shaped the British media narrative in the run-up to the UK election. Plus, Cuban cinema as a space for journalism.

When the British Prime Minister Theresa May called a snap election two months ago, her lead in the polls suggested the British Conservatives would run away with a clear majority. But fast forward to election day on June 8, and that scenario vanished into thin air.

Despite opposition leader Jeremy Corbyn being demonised by a majority of the right-leaning press, especially in the aftermath of "terror attacks" in Manchester and London, he and his Labour Party shocked the so-called "experts" by winning enough seats to deny the Conservatives a majority government, one that the papers tried - and failed - to deliver.

The Al Jazeera Media Network, along with other media outlets funded by the state of Qatar, have come under attack amidst a public diplomatic rift that has spread across the Gulf and beyond.

The owners of one of the most prominent news channels in India, NDTV, say they are in the BJP-led government's crosshairs for daring to challenge them on the air.

American security contractor Reality Leah Winner is under arrest and facing criminal charges, amidst reports that the online news site The Intercept may have revealed her identity as the source of classified documents.

The intersection of cinema and journalism in Cuba

In Cuba, the government has long used journalism as a tool of propaganda - and for that, until recently, it has been largely unapologetic. Following the revolution, the role of the news media was envisioned as one of education and garnering mass support for the Cuban political project.

The Cuban film industry is a different story. Cuban film directors can get away with showing things that journalists cannot, sometimes providing critical reflection on the contradictions in Cuban social reality.

The Listening Post's Marcela Pizarro reports from Havana on the role that film plays in Cuban journalism and political debate. 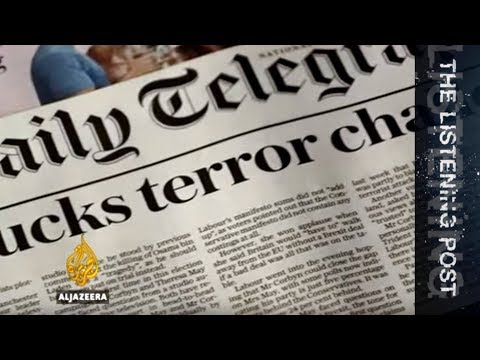 On The Listening Post this week: How acts of terror shaped the British media narrative in the run-up to the UK election. Plus, Cuban cinema as a space...