Can Canada fix its broken relationship with indigenous people?

Canada has agreed to pay 800 million Canadian dollars (C$) to survivors of a policy known as the "Sixties Scoop". From the 1960s to the 1990s, the government took more than 16,000 Aboriginal children from their parents and resettled them in white foster homes in what a truth and reconciliation commission has said was one of several actions that amounted to a policy of "cultural genocide".

The government has since called it "a dark and painful chapter" in the country's history.

The truth and reconciliation process is aimed at trying to improve relations with the country's Native, or First Nations, communities - something Prime Minister Justin Trudeau has called a priority. While some say the pay-outs are a step in the right direction, others question whether money can ever make up for the trauma caused when families were torn apart.

The settlement will pay between C$25,000 and C$50,000 per survivor to a maximum of C$750 million. Another C$50 million will go towards setting up an Indigenous Healing Foundation to provide counselling and education services, according to Crown-Indigenous Relations Minister Carolyn Bennett.

The settlement, though, may just the tip of the iceberg when it comes to building bridges with indigenous communities. Some 1,181 indigenous women have been reported either murdered or missing between 1980 and 2012. A commission was formed in September 2016 to investigate the issue, but the National Inquiry into Missing and Murdered Indigenous Women has been plagued with problems from the beginning. There have been sixteen resignations so far, including the lead counsel and several commissioners.

One complaint from families is that cold cases can’t be reopened and so police can't be held accountable for cases that may have been mishandled. Families also bemoan a lack of communication and clarity on what exactly the commission is supposed to achieve. Many are calling for it to be disbanded.

This episode of The Stream takes the temperature of the truth and reconciliation process in Canada and asks, what next?

Can Canada fix its broken relationship with indigenous people? 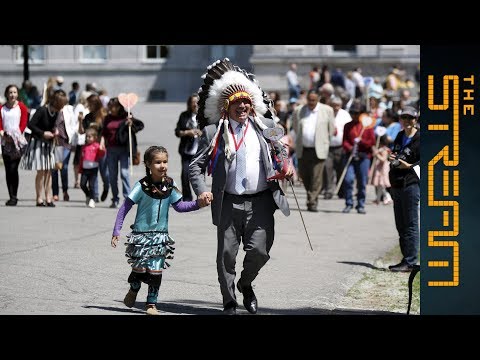