Can Naftali Bennett reset relations with Washington? | Inside Story

Israel's former prime minister Benjamin Netanyahu, had a difficult relationship with Democratic U.S. leaders Barack Obama and Joe Biden.
Many saw him as a strong supporter of Republican presidents - particularly Donald Trump.
His successor Naftali Bennet is in Washington hoping to mend ties on his first official trip abroad, since taking office.
But Biden and Bennett don't see eye to eye on a number of regional issues.
At the top of that list is the 2015 Iran Nuclear Deal.
Biden has been holding indirect talks with Tehran to revive the agreement, while Israel has been strongly against it.
Naftali Bennett has also made it clear he won't allow for an independent Palestine.

So, will Biden and Bennett find a common ground?

Yaakov Katz - Editor-in-Chief of the Jerusalem Post and Author of 'Shadow Strike' and co-author of 'Weapon Wizards & Israel vs. Iran'.

Natasha Lindstaedt - Specialist on U.S. foreign policy and Deputy Dean in the Department of Government at the University of Essex. Author of the book 'Democracies and Authoritarian Regimes'.

Khaled Elgindy - Senior Fellow at Middle East Institute and Author of 'Blind Spot: American and the Palestinians, from Balfour to Trump'.

Can Naftali Bennett reset relations with Washington? | Inside Story 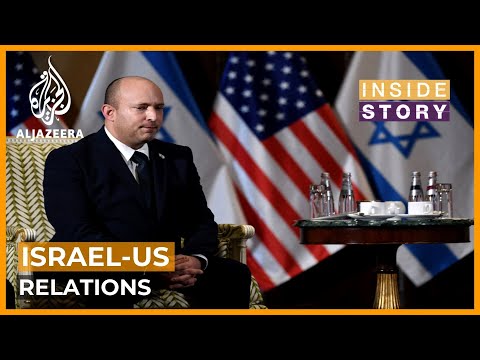