At the 19th Communist Party Congress, Chinese President Xi Jinping is stamping his authority by mapping out his vision for China for the next 30 years.

"The banner of socialism with Chinese characteristics is flying high for the world to see. I will be an era that sees China move closer to the centre stage," Xi said.

He aims for the "the rejuvenation of the great Chinese nation" and wants to build a "digital and smart society", a "country of innovators". At the heart of his strategy is an economy built on homemade innovation - with a particular emphasis on robotics, electric cars and artificial intelligence.

With more than 750 million internet users, China is home to the world's largest online population. Xi is keen that China should become a cyber superpower when it comes to innovation and commerce - but not at the expense of party discipline.

President Xi has recently called the internet a dangerous double-edged sword, and a "threat to China's national security."

As a result, Beijing maintains a tight grip on the internet, using new technology for mass surveillance and shutting off markets to foreign competitors. Twitter and Google, among others, are blocked by the "Great Fire Wall of China".

Adrian Brown reports from Beijing on Xi's vision and China's shift from manufacturing to technology powerhouse.

Reuben Mondejar, a professor at the City University Hong Kong, talks to Counting the Cost about internet control and China's economic future.

"The problem we have in the world now is, Europe is dwindling in terms of economic growth, you have uncertain economic growth taking place in the US, Japan is kind of muddling through - so that gives all benefit to China.... This makes China fill up the blanks."

Is Brexit failing? The Organisation for Economic Cooperation and Development (OECD) has painted a very gloomy picture if the UK crashes out of the EU without a deal on Brexit. The Paris-based think tank says a disorderly Brexit could bring credit ratings downgrades and new lows for Sterling. But it says reversing Brexit would significantly boost Britain's economy. That warning from the OECD comes as many businesses across the UK and Europe are struggling to prepare for Brexit.

So will the UK crash out of the European Union without a deal? And how would it affect the economy? Simon French, chief economist with London-based Panmure Gordon & Co, talks to CTC.

Hydronomics on the world's longest river: Why hydro-economics is causing tension along the River Nile. Water ministers from Egypt, Sudan and Ethiopia have been meeting to discuss how Africa's largest hydro dam will impact access to the River Nile. The Grand Ethiopian Renaissance Dam is 60 percent complete and has yet to go into operation. The $4.8bn mega project near the Sudanese border was launched in April 2011.

Colin Thorne, professor and chair of Physical Geography at the UK-based Nottingham University, talks about hydro-economics, concerns, and the ongoing battle for control of the Nile. 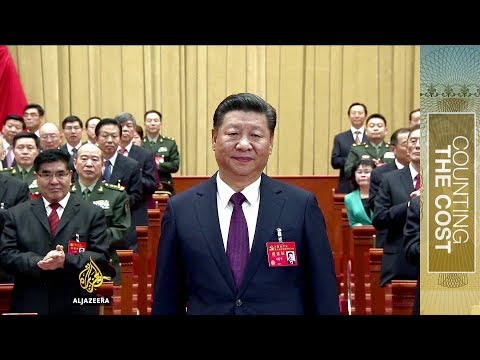 At the 19th Communist Party Congress, Chinese President Xi Jinping is stamping his authority by mapping out his vision for China for the next 30 years...