Climate change: Are we all doomed? - Upfront

This month, the United States released an exhaustive scientific report on climate change, citing humans as the dominant cause of global warming.

So, should we still be optimistic about humans' ability to combat climate change? And should we be worried about the possible doomsday scenarios that have been presented in the media? Or are these scenarios counter-productive?

David Wallace-Wells, the author of a controversial article titled The Uninhabitable Earth, which paints a pessimistic doomsday scenario for planet Earth, believes people are not as worried as they should be about the grave consequences of climate change:

"I think when you look at the public as a whole, it's just very, very clear to me, and honestly, I don't see a counter argument, that the public is not alarmed enough about what is possible and not motivated enough by that alarm to take political action," says Wallace-Wells, who is also a deputy editor at New York Magazine.

"Is climate change fatalism a bigger problem than climate complacency?" asks Freedman, who is also a former science writer at Climate Central. "I think they're both big problems. Neither one of them is necessarily a solution. I would prefer, like, climate change realism here."

In this week's Arena, David Wallace-Wells and Andrew Freedman debate how to cover climate change in a way that motivates the public to action.

Climate change: Are we all doomed? - Upfront 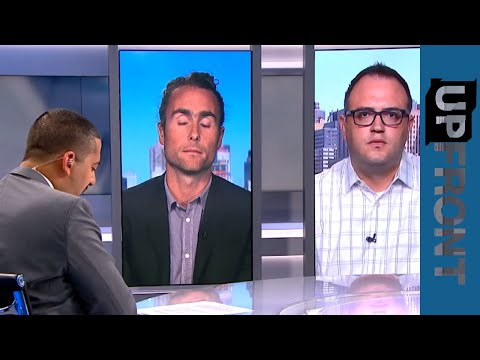 This month, the United States released an exhaustive scientific report on climate change, citing humans as the dominant cause of global warming. So, s...