On June 5, several countries, including Saudi Arabia, the United Arab Emirates, Bahrain and Egypt severed diplomatic ties and cut off sea and air links with Qatar, accusing it of supporting "extremism" and their regional rival, Iran.

Qatar may have been isolated economically by its Gulf neighbours, but its financial markets have stabilised after an initial week of losses.

The government says it has the resources to cope with the regional sanctions. And Qatar's finance minister is warning that if Qatar loses money, the countries behind the embargo will lose money, too.

Credit rating agency Standard and Poor's says Qatari banks are strong enough to hold on, even if all the Gulf money - and more - is pulled out. And it's not just Qatari banks, the UAE's main lenders could also lose out from a slowdown in business coming in from Qatar.

Qatar says gas exports, its top export earner, are on track, though importers are expected to push for better deals. And these gas exports matter for the UAE, too. The undersea Dolphin Energy pipeline, which supplies the UAE and Oman with about 56 million cubic metres of Qatari natural gas daily, is still operating despite the diplomatic tension.

Qatar Airways: Qatar Airways has been forced to scrap dozens of daily flights to Saudi Arabia, UAE, Bahrain and Egypt. It has to take circuitous routes to avoid large parts of the Arabian Peninsula it's barred from flying over. But Qatar Airways Group Chief Executive Akbar al-Baker says the airline sees opportunities in expanding to other untapped markets.

Europe ends roaming fees: If you've ventured outside your mobile phone network's coverage area, you'll know roaming charges stack up quickly. The European Union has now scrapped them for customers across the Bloc. But consumer advocates fear phone companies will make up for the lost revenue by adding other charges.

Brexit talks: Tough talk from the European Union, as a fractured election verdict leaves Britain struggling to frame its Brexit position. We speak to Swedish economist and writer Fredrik Erixon. 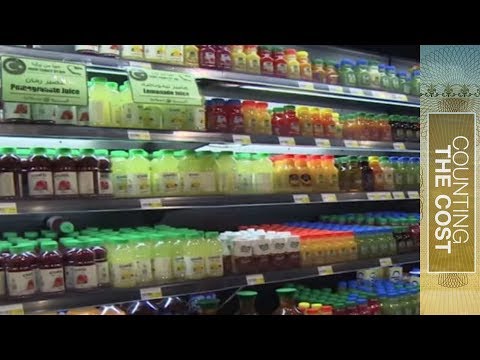