In 2017, taxation was a hot topic: The release of the Panama Papers followed by the Paradise Papers which showed how the world's wealthiest hid their money from revenue collectors.

Trump and Republicans say the tax bill will pour rocket fuel into the engine of the US economy - spurring growth and creating jobs.

But many Americans are sceptical about the impact of the tax bill, and experts are concerned about the global implications of the US tax reform.

James Henry, a global justice senior fellow with Yale University, discusses a looming trade war and how Trump himself will benefit from the tax bill.

The dark side of the electric car revolution

One of the big changes facing the global transportation industry is electrification.

Big corporations and car manufacturers are going electric, with Toyota saying it will have an electrified or hybrid version of all vehicles by 2025.

But Amnesty International has shone a light on the dark side of this revolution.

Cobalt is one of the key ingredients added in electric batteries, and most it comes from the Democratic Republic of Congo, the world's leading source of the compound.

The DRC could benefit from electric cars the same way Saudi Arabia did from oil, but mining is more or less unregulated and the country continues to struggle with corruption and conflict.

Is the road to zero emissions built on illegal cobalt mining in the Democratic Republic of Congo?

Gavin Wendt, the founding director and senior resource analyst at Australia-based Minelife, talks about the future of electric cars, working conditions in DRC cobalt mines, and the ethics of the electrification revolution.

Also on this week's Counting the Cost:

The Uber case: The EU's highest court has ruled that the taxi-hailing company, Uber, is a transport company and must be regulated as one. Uber argued that it is an online digital platform and should not be subject to the same rules. The San Francisco-based firm operates in more than 600 locations, offering low-cost transport to millions of users. But it has also been accused of unfair competition. Neave Barker eeports from London.

Vietnam motorbike ban: It is estimated that Vietnam's capital, Hanoi, alone has more than five million motorcycles and scooters. But they are now being banned from the city to reduce congestion and pollution. Wayne Hay reports from Hanoi. 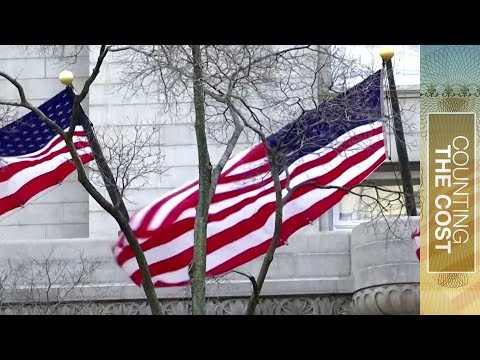 In 2017, taxation was a hot topic: The release of the Panama Papers followed by the Paradise Papers which showed how the world's wealthiest hid their ...