Many young Zimbabweans are hoping this week will prove a watershed moment for their country's economic future as well as its politics.

After nearly four decades of Robert Mugabe's unchallenged power, the country's banking system, agricultural system and industrial sectors are in urgent need of reform.
So one of the key challenges for Zimbabwe's new leader Emmerson Mnangagwa will be to transform the economy into one that can offer good employment opportunities.

They call Mnangagwa 'the crocodile', but can Zimbabwe's new president attack the country's broken economy and demonstrate a real commitment to reform?

Andrew Simmons reports on the challenges ahead and why some people are skeptical. And Sami Shasha, the CEO of Cambria Africa, joins Counting the Cost to discuss Zimbabwe's economic future.

The UN-backed government in Libya said it's looking into allegations that African migrants are being sold at 'slave markets' in Libya.

According to reports, the trade works by preying on the tens of thousands of vulnerable people who risk everything on what's been described as the deadliest route on earth. They use smartphones to connect with people smugglers to get them to the coast in the hope that they can cross the Mediterranean into Europe.
The International Organization for Migration says trade in humans has become so normalised that people are being bought and sold in public for as little as $400.

Mahmoud Abdelwahed reports from a detention centre in the Libyan capital Tripoli. And Leonard Doyle from the International Organization for Migration joins Counting the Cost to discuss Libya's modern-day slavery. 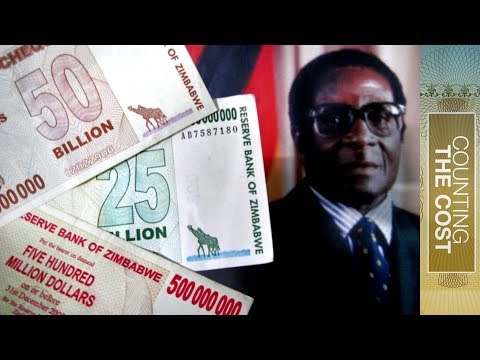 Many young Zimbabweans are hoping this week will prove a watershed moment for their country's economic future as well as its politics. After nearly fo...