Ari Paul, CIO of cryptocurrency hedge fund BlockTower Capital, talks with Business Insider editor-at-large Sara Silverstein about the three main risks with investing in cryptocurrencies. Following is a transcript of the video.

Ari Paul: I’m Ari Paul, CIO of BlockTower Capital. These are the three main risks of investing in cryptocurrency.

Sara Silverstein: And when you look at cryptocurrencies in general what do you think the biggest risks are in investing?

Paul: So it's a broad variety. So you have the investment risk, these are hyper volatile assets. As with equities or bonds, any particular equity can go to zero, right? Any particular company, any stock, and the same is true of cryptocurrency. So any particular cryptocurrency can definitely go to zero. And even if it ultimately wins, bitcoin on its path from 10 cents to $7,000, it’s fallen 80% five separate times. So that's incredible volatility, right? Then you have — you have operational risk. So how do you store these cryptocurrencies securely? And then you have regulatory risk. So the US is only about a quarter of the world market. So the US government is not an existential threat to cryptocurrency, but as a US investor it could certainly be a threat. If I'm an endowment and I invest in cryptocurrency, I am exposed to regulatory changes.

Silverstein: And what's the operational risk? What does that mean — does it mean that how I'm holding my bitcoin is at risk?

Paul: Yes, yes. So if someone wants to steal assets that are stored in equity or cash, it's hard. So they can maybe wire money out of a bank account. It's traceable, they're probably going to get caught, wires are reversible. With cryptocurrency transactions are irreversible, and can potentially be made truly anonymous. And so the thief is more likely to get away with it. So it's a tremendous target for hackers, it's a target for thieves, including insiders, and in a large operation, and there's potentially no recourse. So you have to be really, really careful that you're storing cryptocurrency securely. And that's a serious concern.

Silverstein: And for people who are just individuals and who use a program like Coinbase or a wallet like that, what are the concerns there?

Paul: So, having your assets with Coinbase is a little bit like having a lot of money with a bank. So FDIC insurance will cover you a little bit, but if you have $20 million with JPMorgan — what you have is an IOU. You actually don't — legally you don't own the money, JPMorgan does — you have an IOU, you are a creditor of JPMorgan. So similarly if you have bitcoin sitting on Coinbase, you are a creditor of Coinbase. If they go under, it's unlikely you ever get your bitcoin. So if they get hacked or bankrupted for some reason. So to actually really own your bitcoin or cryptocurrency, in a way that is secure, you need to have physical control over it. Now what does physical control mean, right? We're talking about zeros and ones. So what that means is — to own cryptocurrency means you know, basically a password, it's called a private key. The best way to store it securely for most people, is to used what's called a hardware wallet. So there's something called the Treasure or Ledger are two leading companies that make a very secure — kind of looks like a USB stick, and it's the best security solution today. Where you can store it yourself, securely, in a way that probably is not hackable. 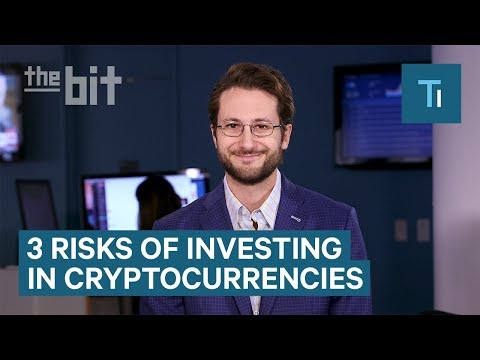