It's day 5 of Donald Trump's second impeachment trial. Watch it live.
» Subscribe to NowThis: http://go.nowth.is/News_Subscribe
» Sign up for our newsletter KnowThis to get the biggest stories of the day delivered straight to your inbox: https://go.nowth.is/KnowThis

In light of new reports that Pres. Trump actively refused Rep. Kevin McCarthy's pleas to call off the Capitol attackers and help lawmakers whose lives were at risk, some senators are hoping for witnesses to testify in Trump's historic second impeachment trial. So far, neither the House managers nor Trump's defense team have signaled an intention to call witnesses.

If witnesses are not called, the trial will move directly to closing arguments. After the arguments, senators will vote on whether to convict Trump of incitement of insurrection. Conviction would take a two-thirds majority vote. If all 100 senators are present, 17 Republicans would need to side with Democrats for Trump to be convicted. If convicted, Trump could be disqualified from ever holding federal office again in a separate vote, which would require only a simple majority. 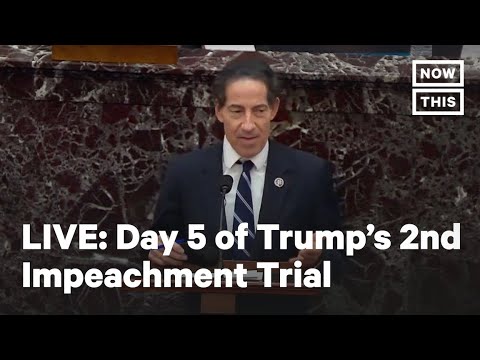 It's day 5 of Donald Trump's second impeachment trial. Watch it live. » Subscribe to NowThis: http://go.nowth.is/News_Subscribe » Sign up for our news...