South Korea’s first known transgender soldier, who was compulsorily discharged from the army after undergoing gender-reassignment surgery was been found dead in her home in Cheongju on March 3, 2021. Investigators are treating Byun Hee-soo’s death as a suicide, though reportedly no note was found at the scene. Korean news agency Yonhap quoted officials as saying she had tried to kill herself three months ago. Byun’s death has triggered nationwide grief and calls for the country’s parliament to pass an anti-discrimination bill.

If you are having suicidal thoughts, or you know someone who is, help is available. For Hong Kong, dial +852 2896 0000 for The Samaritans or +852 2382 0000 for Suicide Prevention Services. In the US, call The National Suicide Prevention Lifeline on +1 800 273 8255. For a list of other nations’ helplines, see this page: https://ibpf.org/resource/list-of-international-suicide-hotlines/ 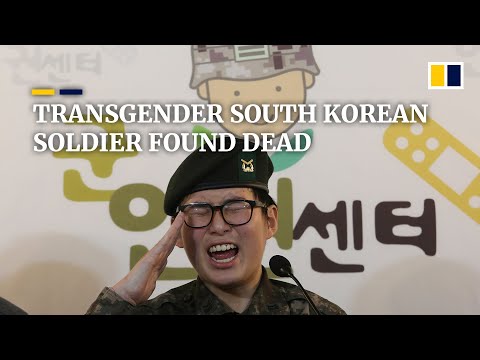