Hate crimes are on the rise across the West, igniting debates around free speech. From arguments in the US about whether white supremacists should be given platforms to say bigoted things, to claims that free speech is under attack at universities worldwide, the issue has been hotly debated and sometimes politicised.

So, should free speech be protected no matter what, even if it means defending so-called hate-speech?

Glenn Greenwald, author, Pulitzer-winning journalist and co-founder of the Intercept, says: "I think it's a really important truth to recognise that just as a matter of pragmatism, there's no such thing as banning ideas. It has never worked. It certainly can't work in the age of the internet. Maybe we can have an ideal world in which it's possible to ban racism and ban the expression of Islamophobia. The opposite is true, though. When you try and do it, you turn them into martyrs, you actually make them stronger."

"In free speech cases, what you have to do is first calculate the cost of regulating the speech in question - emotional, political, economic cost - and then calculate the cost of allowing the speech to flourish, add up the columns, see which costs more, and make your decision accordingly," says Stanley Fish, author of There's No Such Thing As Free Speech, and it's a Good Thing, Too. "Freedom of speech is a value, not a principle, and it's a value of which we must ask the question in any context, is it worth it?"

Glenn Greenwald and Stanley Fish debate whether governments can be trusted to defend both minorities and civil liberties. 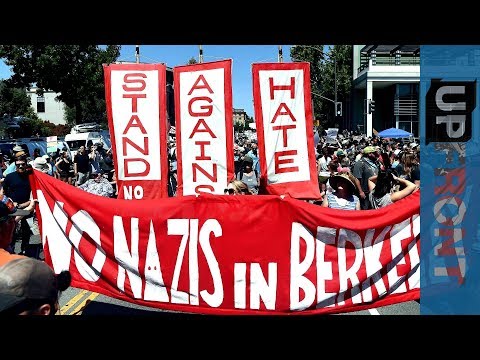 Hate crimes are on the rise across the West, igniting debates around free speech. From arguments in the US about whether white supremacists should be ...