Does the right to free speech endanger minorities? - UpFront

More than a decade since the publication of the infamous drawings of the Prophet Muhammad, the Danish cartoons controversy continues to reverberate in debates on freedom of expression, the right to offend and Islamophobia.

Does the publication of cartoons mocking a religion or prophet serve a much-needed liberal and democratic purpose, or is it an insensitive attack on an already beleaguered minority group?

Nesrine Malik, an independent columnist and contributor for The Guardian, says: "They [Muslims] feel like it is an attack on them as a minority, as a racial minority, as an economic minority, and so I think one needs to kind of fan out a little bit and see it less as an absolutist issue on freedom of speech and more about kind of the relative status of the targets of that freedom of speech."

"We were integrating the Muslim minority into a Danish tradition of satire," says Flemming Rose, former culture editor of the Danish newspaper Jyllands Posten, which posted the cartoons. "And we were saying to the Muslims, we do not ask more of you, we do not ask less of you, but we ask of you exactly the same as we do of every other citizen and in that lies an act of recognition."

In the second part of this UpFront special, Flemming Rose and Nesrine Malik debate whether free speech is sometimes abused, and particularly if Muslim and other minority communities have an issue with the principle of free speech, or whether they have been unjustly targeted.

Does the right to free speech endanger minorities? - UpFront 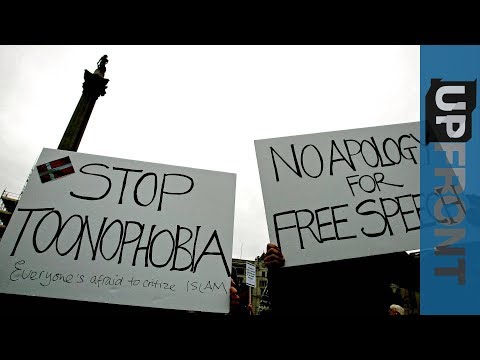 More than a decade since the publication of the infamous drawings of the Prophet Muhammad, the Danish cartoons controversy continues to reverberate in...