An earthquake of magnitude 6.1 has killed at least 155 people in Afghanistan, the country’s disaster management authority says.
The tremor shook parts of eastern Afghanistan and parts of Pakistan during the early hours of Wednesday, the US Geological Survey (USGS) said.
The death toll is likely to rise, media reports said.
The quake struck about 44 km (27 miles) from the city of Khost in southeastern Afghanistan and was at a depth of 51km, according to the USGS.
Shaking was felt over a range of some 500km by about 119 million people in Pakistan, Afghanistan and India, the European Mediterranean Seismological Centre (EMSC) said in a tweet.
It was felt in Afghanistan’s capital Kabul as well as Pakistan’s capital Islamabad, according to witness accounts posted on the EMSC website and by users on Twitter. 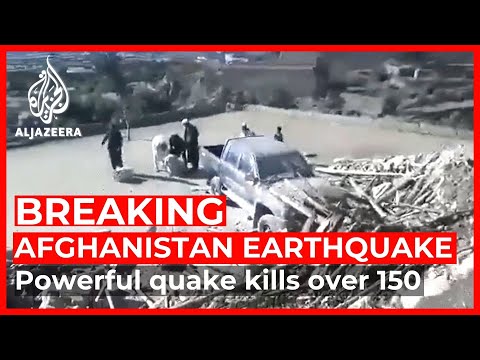 An earthquake of magnitude 6.1 has killed at least 155 people in Afghanistan, the country’s disaster management authority says. The tremor shook parts...