Drag kings have historically gotten a lot less attention than drag queens, but that’s starting to change. We interviewed five drag kings about their relationships to drag, how the artform has transformed, and what they love about it.

In the words of King Molasses, drag is full of “that swag you get in the shower that nobody sees.” Drag king performances are all about playing with masculine identities: politicizing them, satirizing them, and having fun with them. And these performers have been around for centuries.

In China, documentation of “male impersonators” dates back to the Tang Dynasty, from 618 to 907 AD. In the mid-to-late 1800s, drag king pioneers like Annie Hindle, Vesta Tilley, and Ella Wesner began performing. And in the early 1900s, Go-won-go Mohawk was likely the first indigenous male impersonator.

By the early 1900s, black performers like Gladys Bentley and Stormé DeLarverie were becoming drag pioneers. And by the 1990s, there was a big, thriving drag king scene in cities like New York City, San Francisco, and London — all over the world.

Today, drag kings are pushing for space in a cis male-dominated field. And it’s working. 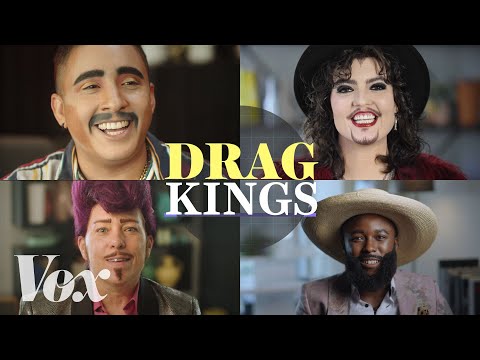