Farmers in the Netherlands have blockaded supermarket distribution centres in continuing protests against new environmental rules on nitrogen emissions that are likely to put many of them out of business.
Fishers on Monday blocked ports in a show of support for farmers. The blockade prevented ferries from sailing to almost all the Wadden Islands off the country’s northern coast and caused lengthy delays, shipping companies reported.
Also on Monday, farmers used tractors and large bales of hay to block entrances to the supermarket distribution centres, as the association of food traders warned of supply bottlenecks.
The action had been announced in advance, with farmers calling for “the entire country to be paralysed”. 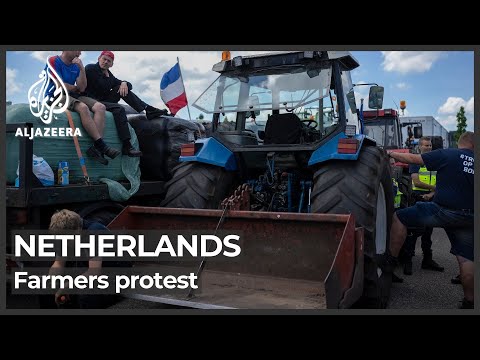 Farmers in the Netherlands have blockaded supermarket distribution centres in continuing protests against new environmental rules on nitrogen emission...