Sometimes all it takes is one tweet to start a storm. And, when a Nigerian Twitter user posted in apparent shock that they had witnessed a notorious police unit shoot a child, a storm is exactly what erupted.

Though as yet unverified, the story prompted thousands of people to pour forth with similar tales and demand that the Special Anti-Robbery Squad (SARS) be disbanded.

Set up to combat armed robbery, critics say SARS is now engaged in harassment, extortion and extreme violence. And all of it with impunity.

Caught unawares by the ferocity of the online campaign, the police flip-flopped in response. They at first played down the allegations and insisted SARS was doing a good job. Later, the inspector general of the force promised an investigation and a possible restructuring. A spokesman claimed the campaign was politically motivated and said one of the main driving forces behind it, Segun Awosanya, was under investigation. A poster campaign was then launched inviting complaints.

But campaigners are not backing down. Some say only scrapping SARS will do. Some believe the rot goes deeper than any one unit and that the entire police force needs overhauling. And some are calling for a presidential intervention. There are plans to take the protest to the streets.

In this episode of The Stream we hear from the campaigners, and from the police. 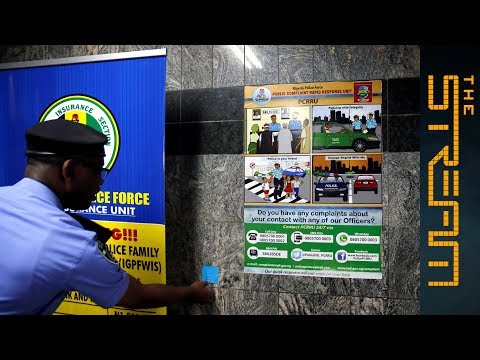 Sometimes all it takes is one tweet to start a storm. And, when a Nigerian Twitter user posted in apparent shock that they had witnessed a notorious p...