Subscribe to the channel and click the bell icon to be notified of all the hottest trailers: http://bit.ly/2CNniBy

US Release Date: August 12, 2022
Starring: Drew Barrymore, Henry Thomas, Dee Wallace
Director: Steven Spielberg
Synopsis: After a gentle alien becomes stranded on Earth, the being is discovered and befriended by a young boy named Elliott (Henry Thomas). Bringing the extraterrestrial into his suburban California house, Elliott introduces E.T., as the alien is dubbed, to his brother and his little sister, Gertie (Drew Barrymore), and the children decide to keep its existence a secret. Soon, however, E.T. falls ill, resulting in government intervention and a dire situation for both Elliott and the alien.

Rotten Tomatoes TRAILERS delivers hot new trailers, exclusive content, and first looks for all the best upcoming movies. Be the first to see everything coming to theaters and your favorite streaming platforms - all in one place! 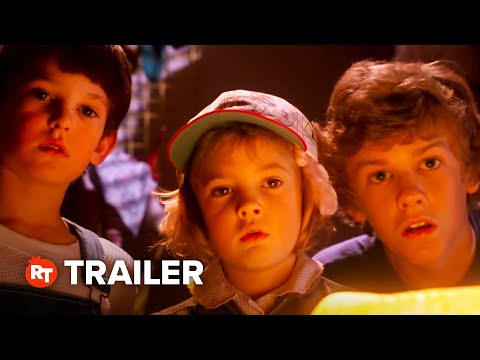 Check out the official re-release trailer for E.T. the Extra-Terrestrial in IMAX starring Henry Thomas & Drew Barrymore! ► Sign up for a Fandango FanA...