Every Version Of The Joker Ranked From Worst To Best (UPDATED)

The Joker is one of pop culture's most iconic villains, and many actors have gotten the chance to take on the role. We've stacked the Jokers against each other before, but there have been a few groundbreaking interpretations of the character since then that we have to talk about. Keep watching to see how Joaquin Phoenix holds up against Heath Ledger, Jack Nicholson, and the rest, as we rank the Jokers, worst to best.

Despite coming in dead last on our list, the version of the Joker that appeared on The New Scooby-Doo Movies isn't unforgivably terrible, he's just flat out boring, which might be an even bigger problem. Plus, he's a complete failure, as he can't manage to even scare Scooby-Doo, a character defined by being terrified of everything.

The only thing that's really worth mentioning about him is that he was voiced by veteran comedian and actor Larry Storch, and let's be real here: that's only really interesting if you're the kind of person who likes to get into some hardcore trivia about the cast of F-Troop.

If you ever want to develop a whole new appreciation for Batman: The Animated Series, take some time to head back to 1977 for The New Batman Adventures, which features some of the worst character redesigns ever. Amazingly, the Joker, who was voiced by Lennie Weinrib, managed to escape that particular flaw in the show, but "he looks a lot like he does in the comics" is about the only good thing you can say about him. His major accomplishment during the show's entire 16-episode run was losing an election for President of Criminals when the Penguin invented a mind-altering substance called "crime slime." If you can't win an election against the Penguin, what are you even doing?

In all honesty, we only included Dee Bradley Baker's turn as the Joker on this list in order to be as thorough as we can. That's not to knock the guy, but as the Joker's appearance in Son of Batman is limited to appearing as a shadow on a wall and letting out one laugh. But…it was a nice laugh at least? Keep watching the video to see this update of every version of the Joker ranked worst to best!

Every Version Of The Joker Ranked From Worst To Best (UPDATED) 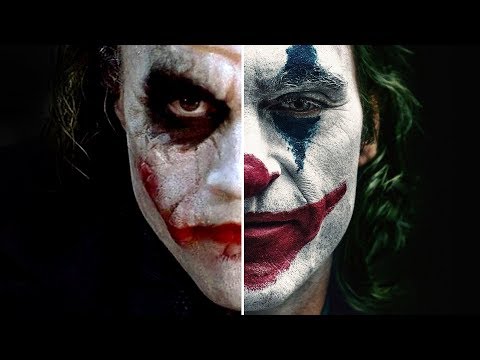 The Joker is one of pop culture's most iconic villains, and many actors have gotten the chance to take on the role. We've stacked the Jokers against e...