Facebook Inc has taken the unprecedented step of blocking United States President Donald Trump’s social media accounts on its platforms for the remaining 13 days of his presidency and possibly beyond, the company’s CEO announced on Thursday.

Facebook, which owns photo-sharing app Instagram, will also block his account there, CEO Mark Zuckerberg wrote in a post the day after Trump supporters breached the US Capitol building in a violent, unruly mob, forcing legislators to flee and the complex to be placed under lockdown for several hours.

Legislators from the Senate and the House of Representatives had gathered to certify the US election results in favour of President-elect Joe Biden and Vice President-elect Kamala Harris but were forced to flee when protesters entered the building after being told by Trump at a Wednesday morning rally to go to the Capitol. 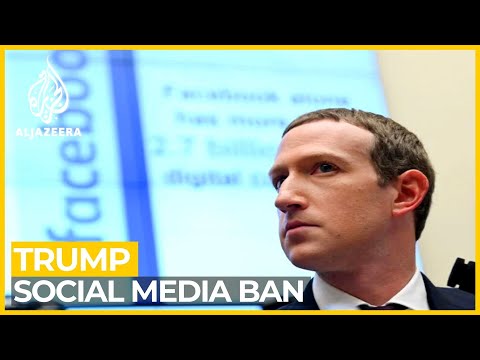 Facebook Inc has taken the unprecedented step of blocking United States President Donald Trump’s social media accounts on its platforms for the remain...