It’s all too easy to idolize the lifestyles of the wealthy and famous. We never imagine that they could hold the same sorts of jobs that us regular people do when we would give almost anything to achieve their levels of stardom. But the limelight doesn’t hold lasting appeal to some celebs who are all too eager to slip back into a more laid back lifestyle. Meanwhile, others manage to continue performing while also making money performing much more menial tasks. You may have hated Jack Gleeson when you saw him portraying King Joffrey Baratheon on Game of Thrones, but after taking a sabbatical from acting to pursue academia he’s settled on a less intense life. Noah Hathaway performed most of his own stunts in the movie The Neverending Story when he was just a child, and that daredevil attitude has helped him in his post film star careers. If you’re wondering what Tom Selleck, the man behind the mustache, is up to these days, it seems that he’s taken up growing a fruit that even he isn’t very fond of. For those of us whose worst nightmare was being stuck in an elevator with the musical group, Hanson, we can take heart that at least now their music comes with a cold beer. Brewing beverages seems to be a common celebrity pursuit, since Dylan Sprouse has opened up his own meadery where he acts as the brewmaster. We were all concerned about the mental state of Amanda Bynes for a while, but it seems that she is back on track and designing exciting new clothes as she works to launch a new fashion line. 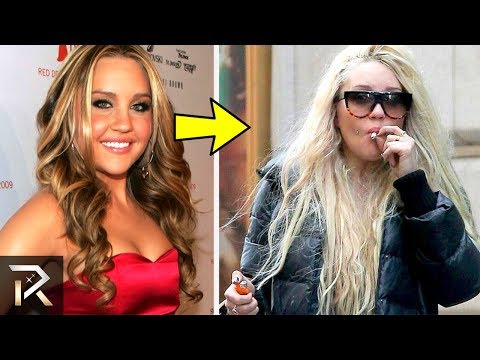