Harts does it all – by himself. The multi-instrumentalist concocts his blend of funk/rock/pop/soul (topped with a smooth falsetto) in his home studio. Three years ago, his artistry impressed kindred spirit and main influence, Prince, who personally invited him to Paisley Park for a little mentoring. A rare call indeed. Some background: Darren Hart was born in India and grew up in Australia. He started playing drums in high school and quickly expanded his musical palette. As Harts, he's released a string of superb tracks, dropping his debut full-length, 'Daydreamer' in 2014. Now he’s setting his sights on our shores, with a just-completed US tour and the arrival of his second album, 'Smoke Fire Hope Desire.' Don't miss is video for "Peculiar." In our “Vevo Meets” session you’ll learn about his sessions with the Purple One, his gaming interests, and his work with Lenny Kravitz.

Get the Vevo App! http://smarturl.it/vevoapps 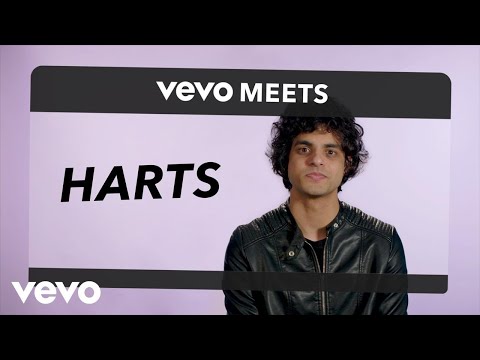 Vevo Meets: Harts Harts does it all – by himself. The multi-instrumentalist concocts his blend of funk/rock/pop/soul (topped with a smooth falsetto) i...