Heath Ledger's brilliant, Oscar-winning performance as the Joker in The Dark Knight could have been just the beginning.

In an interview with News Australia, the late actor's sister, Kate, revealed that Ledger was incredibly excited about his work with director Christopher Nolan in The Dark Knight, and he was looking forward to playing the iconic villain again in another movie. Kate admitted that the supposed "demons" one critic described Ledger as having didn't exist. She explained,

"He was a really happy person and he had huge plans for his future. […] He was so proud of what he had done in [The Dark Knight]. And I know he had plans for another Batman [movie]. [...] He just had the best time ever doing that film. When he came home at Christmas he couldn't wait to tell us all about it and he was doing the voice and laughing, showing me all the rushes. We had a great time."

Kate also mentioned that she spoke with Ledger the night before he died of an accidental prescription drug overdose, and as she describes it, the siblings spent time "laughing and joking together."

Ledger's unexpected death came on January 22nd, 2008, six months before The Dark Knight arrived in theaters. The Australian actor was just 28 years old at the time of his passing.

The Dark Knight, one of two of Ledger's posthumous releases, opened in theaters in July 2008. Ledger's turn as the deranged criminal Joker redefined the iconic Batman villain, and impressed both fans and critics alike. He had delivered what went on to be an Oscar-winning performance as one of DC Comics' most famous bad guys - and he'd never be able to do it again.

Writing for The New Yorker, critic David Denby had only positive things to say about Ledger, saying,

"It has one startling and artful element: the sinister and frightening performance of the late Heath Ledger as the psychopathic murderer the Joker. That part of the movie is upsetting to watch, and, in retrospect, both painful and stirring to think about. […] His performance is a heroic, unsettling final act: this young actor looked into the abyss."

A lasting, but totally unfounded consensus amongst fans is that Ledger's performance as the Joker may have contributed to his death in one way or another - which would suggest that the experience was far more traumatic than anyone knew, and that he wouldn't have wanted to revisit the character if he got the opportunity. Keep watching the video to see how Heath Ledger wanted to play the Joker again! 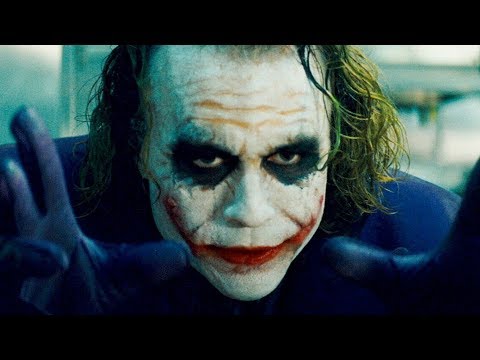 Heath Ledger's brilliant, Oscar-winning performance as the Joker in The Dark Knight could have been just the beginning. In an interview with News Aust...